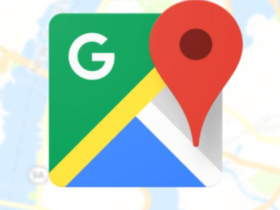 The popularization of large screen phones has raised new obstacles for those users who do not have palms so large as to cover the entire screen. Android 12 coming to solve this problem.

According to the latest rumors, Google is in the process of adapting the iPhone 12 interface for one-handed interaction, coming to the author of those who for some time have had to use both hands to control the mobile phone. The initiative also comes to the aid of OEMs (eg Nokia) who have filled this gap by including the necessary optimizations in the Android skin.

Android 12 could debut in a test version in just a few weeks, but full functionality will only be available around the Google I / O conference in May 2021.

“We know that Google’s current implementation in Android 12 involves reducing the screen size to 40% of its maximum size. We also know that there will be a way to trigger the one-handed control-optimized interface using the traditional 3-button mode, as well as the new gesture navigation mode. It is currently planned to add the one-handed interaction mode to the Settings> System> Gesture> One-Handed section.

For the vast majority of Android users, the change will not be a substantial one, since other Android phone manufacturers, such as Huawei, Xiaomi, Samsung and even Motorola, already offer their own interpretations of how to use one-handed, overlapping standard Android interface.

In principle, the alternative version of the interface should be useful starting with screen diagonals larger than 5.5 ”, this being the standard size for most Android phones.