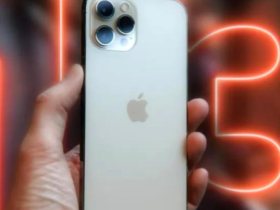 Last summer, Apple launched its first computer with an ARM processor. Although the MacBook Air and Pro models, as well as the Mac Mini were the first commercial models to use the Apple M1 chipset, before them it was available exclusively to software developers the so-called Developer Transition Kit, a Mac Mini equipped with Apple A12Z Bionic chipset , the same one I met in the spring of 2020 on the new iPad Pro with LiDAR. But now that there are official computers with ARM processors, Apple is asking developers to get their computers back.

Developer Transition Kit, the prototype Mac Mini with ARM, will return to Apple

Apple sold these computers in the Developer Transition Kit range to developers for $ 500. In fact, these computers were quite difficult to obtain for many of those interested, requiring a lot of documentation and even waiting in line based on a list, for those who met the requirements of Apple. However, the company says it wants the developers who received them to send them back, but not for free.

The company will give back $ 200 to developers who send these computers back, which can be used as credit to buy another computer. The logical choice would be a new Mac Mini, equipped with Apple M1, but that costs $ 699 in the basic version, so its price reaches $ 499 after the return.

Of course, this was the plan from the beginning, the developers having to accept terms and conditions in order to get a Developer Transition Kit. However, these products are considered prototypes by Apple and do not want the units delivered to developers to fall into the hands of others. In fact, the company blocked any attempt to analyze these devices in a public way, threatening with legal action those who tried to talk about them online.