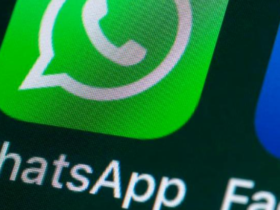 Starting with iOS 14.5 beta, users of Apple phones and tablets can try a new version of Apple Maps, enhanced with a feature available so far only to Waze fans.

Apple Maps receives the option to report / report traffic incidents, a benefit that Android fans received relatively recently in the Google Maps application, breaking what Waze has made this service so popular.

Google has two of the most popular navigation solutions, Google Maps and Waze. But they are as different as can be. The first was developed internally for 15 years and contains a multitude of features and integrations with other Google services, which make it a very powerful tool for any Android fan. Meanwhile, Google acquired rival Waze, after the application became so popular that it threatened to dethrone its own solution, Maps. Waze came up with a concept that service fundamentally different from traditional GPS navigation solutions: real-time information about the selected route.

Waze allows you to report traffic incidents even as they happen, while benefiting from reports from other drivers using the app on the same route. In the end, you choose faster routes selected based on the routes used by other drivers and you can avoid getting stuck in traffic, finding out in advance about possible incidents occurring earlier.

Taking advantage of the investment made, Google took over the option to display traffic incidents on Google Maps, offering ordinary consumers a benefit reserved until then for Waze “connoisseurs”.

Starting with iOS 14.5 beta, Apple is making a similar move for its own Apple Maps solution, trying to reduce the gap with the Android-based alternative.

As seen in the screenshots above, there is a new Report button in the interface, which allows you to report incidents encountered in traffic, such as an accident or danger, or speed cameras. To access the menu, use the slider up on the Apple Maps interface, the map details also appear in navigation mode. All you have to do is select the type of incident encountered, it being marked on the map without the need for additional confirmation.