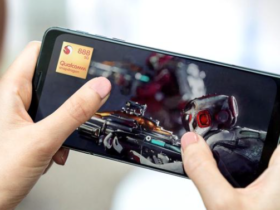 How powerful is the Snapdragon 888: the first test in GeekBench

Described in a new patent, the solution proposes the elimination of the batteries previously patented by Apple.

One of the ways proposed by Apple in 2015 to increase the autonomy of MacBoook systems is to use a new type of battery that can be modeled after the shape of the device case. The problem is that these batteries have introduced other shortcomings, the solution of which involves measures that reduce the space available for batteries and thus the autonomy obtained.

Starting with the 12 ”MacBook Edition, Apple has replaced batteries with a rigid, rectangular construction with a new format that can be modeled to fit the space available. At the time, the company labeled this innovation as a state-of-the-art technology because it allowed more efficient use of all available space inside the case.

In reality, the technology comes with its own disadvantages, explained even by Apple:

Lithium-polymer batteries are commonly used as rechargeable batteries to power a variety of electronic devices, including laptops, tablets, mobile phones, personal assistants (PDAs), digital music players, and wireless electrical instruments. Lithium-polymer batteries contained sealed electrodes and electrolytes in a laminated and aluminized protective package. These pouch batteries can be used in portable electronic devices with limited space, such as mobile phones, laptops and / or portable devices.

The tight edges of the battery-bag may involve the use of excess cover material. In addition, the resulting package may have a positive voltage, which requires isolating the outer surface of the battery from the conductive surfaces of the electronic device. To accommodate the excess material and the conductive properties of the resulting battery, the coating must be considerably smaller than the surface volume available in the housing of the electronic device, resulting in wasted space. This is especially important in the case of very compact electronic devices, for which space is a very valuable resource.

To address this shortcoming, Apple proposes eliminating irregular shapes, allowing batteries to use the available space as efficiently as possible.

Obviously, the suggestion refers to the rectangular housing format used in the past, eliminating as much as possible the rounded or shaped portions to comply with an ergonomic design.

In some design variants, the battery may have a rigid or semi-rigid housing that comes into contact with components in an electronic device.

For example, the battery may include an electrode and cathode surrounded by a metal housing. The battery can be sized to optimize the space available in the electronic device, without the need to space between the battery housing and other components in the electronic device. In some design variants, the metal housing may be connected to a common ground to allow other components to come into contact with the battery housing without causing a short circuit or corrosion of the components.

In addition, the metal housing of the battery can be used as a structural element in the electronic device.