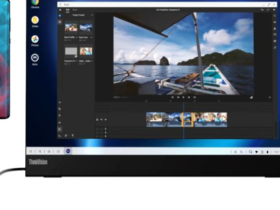 Ready For is Motorola’s answer to DeX: it turns your phone into a desktop PC

ASUS could try to revive smartphone sales by launching ZenFone Mini, a phone with compact dimensions and premium features.

Like many other manufacturers, ASUS failed to meet its sales targets set for the second half of last year, with supply difficulties and other complications caused by the COVID-19 pandemic seriously affecting the company’s business.

ZenFone Mini, alternative to Android for iPhone 12 Mini
For now, all we know about the new “Mini” is that it comes with a slightly smaller screen than the 6.67 inch solution found in the ZenFone 7 model.

Given that the premium-compact phones recently launched by other manufacturers did not get very good sales, it remains to be seen whether or not the ZenFone Mini will be a success. A good example is the iPhone 12 Mini, for which Apple has already reduced production due to sales below expectations.

Meanwhile, ASUS is also preparing to launch a new flagship model from the ROG series. Expected in March-April, the new ROG Phone 5 comes with the Snapdragon 888 chipset and a 6.78 inch AMOLED screen (FHD + and 144Hz resolution).

Similar to the previous model, the phone keeps the configuration with a 6000 mAh battery divided into two cells (2x 3000mAh), facilitating fast charging of up to 65W via the USB-C cable. According to the details obtained with the Geekbench benchmark, ROG Phone 5 has 12 GB of RAM.

The triple-camera photo configuration would use a 64MP main sensor. Unfortunately, for full details we will have to wait for the official launch announcement.