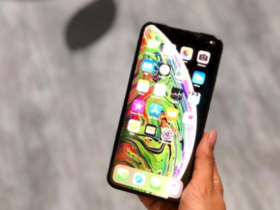 What has changed from iPhone XS Max to iPhone 12 Max?

Xiaomi Mi 11 has managed to exceed the expectations of many fans of technology for a device at a price almost half compared to direct competition. Not only is it the first equipped with the most powerful chipset on the market, Qualcomm’s Snapdragon 888, but it also has probably the best screen on a smartphone so far. At least that’s what the DisplayMate tests say. In addition, its production cost is as high as that of an iPhone 12, while the price is significantly lower.

DisplayMate has already tested the screen of the Xiaomi Mi 11, a phone that launches today, January 1, 2021, in China and will reach the European market in the near future. Specialists have discovered that this OLED panel with QHD + resolution and refresh rate at 120 Hz is calibrated almost perfectly for color rendering in the sRGB and DCI-P3 color spaces, when set to the respective display modes. In Auto mode, the colors are oversaturated, as we would have expected.

However, it seems that not only the colors tell the whole story of the screen on the Mi 11. DisplayMate says that it is one of the brightest on the market, reaching 996 nits on the entire surface of the screen and up to 1,221 nits on 50%. These statistics are impressive, given that on very small sections of the screen, it could reach a maximum of 1,400 nits, as officially presented. The high brightness will ensure that in bright sunlight the content will be easy to watch on the screen, while HDR content will be displayed at a very high quality.

The only downside would be when the screen is viewed at an angle of over 30 degrees. The brightness decreases by 29% if you do not look directly at the screen, and the red color suffers a deviation, characteristic of OLED panels on smartphones. With 13 performance records in DisplayMate tests, Xiaomi Mi 11 will be one of the phones with the best screens probably throughout 2021.

The cost of components, equal to that of an iPhone 12

Regarding the production costs of the phone, it would be equal to that of an iPhone 12 model, according to Pan Jitang, a business analyst specializing in tracking Xiaomi. It says that all the components in Xiaomi Mi 11 cost $ 373 and that despite the fact that the phone is cheaper, it offers superior components, such as a bigger screen and higher refresh rate, as well as more RAM and internal storage.

However, the price difference is characteristic of Xiaomi. While Apple has traditionally pursued profit margins of 30% of the product’s shelf cost, Xiaomi’s management a few years ago pledged to keep margins lower in order to bring more affordable products to market.