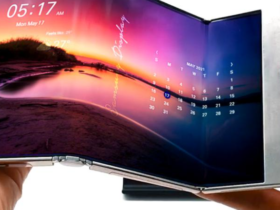 Huawei is preparing to launch no less than three models of foldable phones, including the debut of an entry-level model.

Trying to stay afloat even with obstacles raised by the US by enforcing trade bans, Huawei aims to become the first smartphone maker to launch a foldable phone with an entry-level price, or at least at a level somewhat accessible to ordinary consumers .

According to unconfirmed information, no less than three foldable models are being prepared, including a successor to the ultra-luxury Huawei Mate X2 model, currently only available in China for the equivalent of $ 2771.

The other two models, more affordable, could be intended for international launch, Huawei wanting to rekindle the interest of consumers in Western markets with products from the value range, covering a niche market hitherto untouched by competition.

The disadvantage, as before, will be the absence of the Google Services package in the Android version. The good news is that the AppGallery alternative is becoming more and more attractive, after Huawei managed to deliver through a third company a solution that assists Android application developers in the process of migrating the applications originally published on the Google Play Store.

The list of novelties also includes the next flagship series P50, initially prepared for launch in March, postponed for April and, further, for May. Apparently, not bringing back the Google Services package is the reason for the delays, Huawei actually having even more serious problems with the purchase of essential components and the actual manufacture of the devices. If we take these delays as a benchmark, it is very possible that the promises in the foldable phones segment will be just as fanciful, Huawei’s ambitions hitting more and more the reality not at all favorable to the force campaigns against the competition.