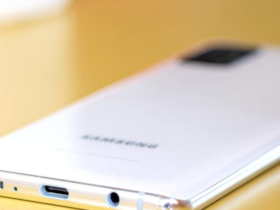 Foldable phones have so far been in the public eye for two reasons. On the one hand, technology fans are fascinated by new technology, which offers new use cases for smartphones, allowing productivity and entertainment on a larger screen. On the other hand, these phones are significantly more expensive and fragile than traditional ones. These phones have plastic-covered screens, not glass, which are scratched and can be pierced much more easily than regular glass protection, and so far none have passed the JerryRigEverything… endurance tests to Mate X2 from Huawei.

To pass such a resistance test, the rule is that the phone will work at the end. And Mate X2 managed to pass, even if it did not perform best in some chapters. Next, this model is a foldable phone with plastic above the OLED screen. That means it scratches as easily as other phones like this. Also, its screens are not very heat resistant, compared to ordinary phones.

However, Huawei’s Mate X2 has achieved a performance that no other foldable phone has been able to achieve so far. First, when it comes in contact with dust and sand, its hinge does not take up particles inside. This way, when you open and close the collapsible screen, there will be no unwanted noise due to dust. Second, the entire phone managed to survive the bending test in the opposite direction.

Even Mate X2 managed to pass certain tests that gaming phones like Lenovo Legion Duel and ASUS ROG Phone 5 did not pass, both gaming models can be broken in half.

While the Mate X2 seems to be a very good foldable phone in terms of construction, there probably won’t be many customers who will buy it in the near future. This is one of the most expensive phones on the market, being significantly more expensive than the Galaxy Z Fold2. Also, its availability is extremely limited, being difficult to find in stock in most stores.

The good news is that foldable phones are about to match traditional models in strength, the only downside being the foldable screen on the inside, which is still covered in plastic. Then there is the price, which will have to go down significantly in order to attract a larger audience.