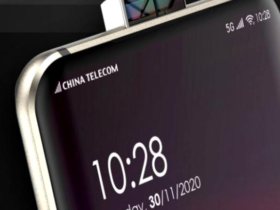 Despite the problems it faces in the market, Huawei seems to continue its normal operations in the short and medium term. After the launch of the Mate 40 series last month, the company seems to be working hard on the next series of high-end smartphones: Huawei P50. The launch plans seem to be the same as in previous years, with a presentation in the spring. However, it seems that Huawei seems to have enough stocks for the Kirin 9000 chipset, as rumors suggest that the P50 will also benefit from this hardware inside.

The launch of Huawei P50 will not be delayed, despite the company’s problems

Huawei has not been able to produce new Kirin chipset models since September, when TSMC stopped deliveries to the company. Recently, companies such as Qualcomm and Samsung have received licenses to be able to sell components to Huawei, but there are some limitations in this regard. For example, Qualcomm can only offer 4G processors to Huawei, not 5G models.

Thus, the news that next year’s Huawei P50 models will be delivered with Huawei’s latest proprietary processor, Kirin 9000, is surprising. Even Huawei announced at the launch of the Mate 40 series that this will most likely be the company’s latest series of high-end smartphones equipped with proprietary processors.

According to The Elec, Huawei is preparing to launch the P50 for the first half of 2021, and among the partners selling components to the Chinese manufacturer for this model are LG and Samsung on the list of suppliers of OLED screens.

While we expected Huawei to announce new P50 series models, we would have expected them to be either released “on paper”, ie presented but not officially brought to market, or to use Qualcomm or MediaTek chipsets. from the higher ranges, but without 5G. The fact that there are enough Kirin 9000 processors to offer three new P50 models suggests that Huawei has produced fewer Mate 40 models than in previous years. The latest rumors suggested that Huawei has only 8 million such chips in stock, after the latest deliveries from TSMC factories.

Of course, the company’s phones, even equipped with 5nm Kirin 9000 processors, without Google services will be launched in 2021, the company still promoting its software alternative: Huawei Mobile Services with the App Gallery store.