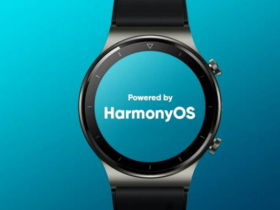 Huawei Watch 3 will be released next week, along with HarmonyOS

Huawei is preparing to launch the P50 series on the market sometime in late March or early April, and Harmony OS is already in beta testing in China. All indications are that the Huawei P50 will be the first smartphone models to use Huawei’s HarmonyOS operating system, which, according to initial analysis, is just another Android with a changed name. Thus, compatibility with the applications so far on the App Gallery will be guaranteed, while Huawei will be able to further modify certain aspects of functionality.

Huawei P50 models will give up Android in favor of HarmonyOS

According to posts on the Weibo social network, the Huawei P50 models (Standard, Pro and Pro + variants) will be launched with HarmonyOS from the factory and will not have the option to use Android, like the previous models. In fact, older versions of Huawei phones will be able to switch to Harmony OS, as there are already beta versions running on Huawei Mate 40 and P40, for example.

According to the information we currently have, the Huawei P50 is already using HarmonyOS Beta 2 and will be upgrading to Beta 3. The Harmony OS name will not be the only difference between the operating system on the new phones and those with Android. It seems that more services within Huawei Mobile Services, as well as pre-installed applications from the operating system, will switch to “Petal” branding.

The name Petal was first used in Petal Search, a search engine that can also be used to install applications outside of AppGallery and, more recently, for Petal Maps and Petal Docs map services.

Huawei expects to have between 300 and 400 million devices with HarmonyOS in use by the end of the year. Of course, HarmonyOS is not phone-only software, so Huawei TVs and Huawei Watch watches will be included at the meeting. Also, it’s not just about the new phones, but also those that are already launched and use Android with EMUI, which will receive an update to Harmony OS.