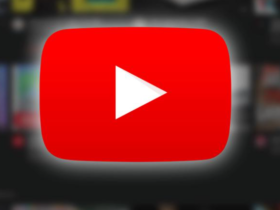 Expected next year, the new iPhone 14 could be the first Apple flagship to receive a 48MP camera and 8K shooting option, 3 years after the Android competition.

Focusing more on the image quality argument, Apple has long limited the main camera on iPhone models to 12MP resolution, in the idea that simply increasing the number of pixels brings more disadvantages than benefits to end consumers. A similar argument is used to support 4K resolution in shooting mode, namely that too few users have the means to watch 8K videos at native clarity.

But according to the acclaimed analyst Ming-Chi Kuo, Apple is fully feeling the pressure of the competition, being about to give in to the new trend. It is also helpful that, in the meantime, the hardware used for image and video capture has progressed to a level sufficient that the resolution jump is no longer a compromise. Thus, iPhone 14 would take over the option for 8K filming already available on Android, but with the necessary limitations. For example, even the most advanced flagship phones with Android cannot shoot in 8K mode with more than 24 frames per second. In addition, there is a time limit imposed to prevent the optical sensor from overheating. It is expected that these shortcomings will be present on the first generation iPhone with 8K footage.

As for the option for photos at 48MP resolution, things are much better, the resolution being already widely supported in the Android world. Basically, the iPhone 14 will still offer 12MP photos most of the time, but obtained by combining four adjacent pixels on the optical sensor. Thus, the 48MP resolution will most likely appear only as an optional setting, to be checked when you want to have the best possible clarity, in almost ideal lighting conditions.

Another change predicted by analyst Ming-Chi Kuo is the abandonment of the “bangs” cut at the top of the screen, in favor of a Samsung-style perforation. Easy to implement without increasing costs too much, the method of perforating the screen will increase the usable display area without major consequences on the aesthetic aspect.