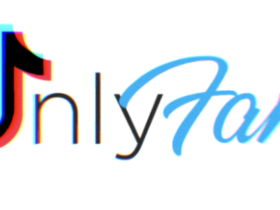 The P50 Pro will be Huawei’s flagship in 2021, a possible failure resulting from the selection of an uninspired case design that could bury the Chinese manufacturer’s chances for relaunch in global smartphone markets.

Huawei P40 Pro comes with a larger screen curvature than we used to see on recent generation smartphones. But that’s not the problem. Illustrated with new unofficial renderings, the back of the phone features an oversized, oval-shaped camera trim.

Although Apple and Google eventually chose the square shape of the camera, in fact Huawei was the first to use such a design. The only difference is that on the Mate 20 series the camera was positioned centrally and not towards the corner of the case. Huawei also tried a circular-designed camera, most likely inspired by Motorola phones. The latter did not receive much appreciation, Huawei’s decision to continue in the same direction seemed incomprehensible.

According to unofficial renderings, the Huawei P40 Pro comes with a camera in the shape of two adjacent rings, encircled in a larger oval. We can only speculate on the number of sensors housed in such a large space.

The dimensions of the Huawei P50 Pro are 159 mm high and 73 mm wide. This suggests that we are dealing with a phone smaller than last year’s P40 Pro, but a bit wider.

The front retains a more conventional design, but away from the identity of previous Huawei Pro series. According to rumors, the manufacturer will abandon the configuration with two front-facing cameras, applying a single central perforation to the 6.6-inch screen, thus maximizing the display area.