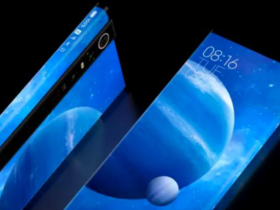 Motorola has officially announced the Moto G100, the first high-end model in the Moto G range, which was traditionally focused on mid-range smartphones. It comes equipped with a powerful processor, a camera with four sensors, dual front camera and a large battery, as we have become accustomed to in recent years in this family of devices. The phone includes other advantages over other high-performance models on the market, but it is also compatible with “Ready For” functions, which can turn the phone into a computer or game console.

Moto G100 is the first smartphone in the Moto G range equipped with a Snapdragon 800 series chipset. It is the Snapdragon 870, the high-end model based on the design of the previous flagship, with a frequency of 3.2 GHz on the powerful core. This model comes in a single hardware configuration, with 8 GB RAM and 128 GB internal storage, with the possibility of using a microSD slot. This model is also equipped with a 5G modem, which allows connection to Sub-6GHz networks as well as local Wi-Fi 6 networks.

The screen is an average one, however, similar to what we have seen in this range of devices: Full HD + on 21: 9 format, refresh rate at 90 Hz and diagonal of 6.7 ”, with double perforation in the upper left corner . The construction is also average: a metal frame, glass on the screen and plastic back. In fact, the phone is aligned to the entire Moto G series and will receive system updates only up to Android 12.

The rear cameras integrate 64, 12, 5 and 2 megapixel sensors, a system we’ve seen in the range of average smartphones lately. The 5,000 mAh battery will provide about two days of normal use, say Motorola representatives, with the possibility of charging at a speed of 20 W through the proprietary Turbo Power system. Last but not least, this is one of the few phones on the market with a headphone jack, while the plug adapter comes included in the package.