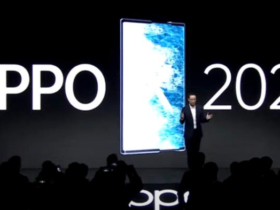 Different in that they offer the advantages of using a stylus at a much lower price than the competition, Motorola phones are not the culmination of innovation, but at least we will have a Moto G smartphone with stylus and 5G in the same package.

Probably derived from the current Moto G50 5G model, the phone currently known as the Motorola Denver code comes powered by the new Qualcomm chipset, Snapdragon 480 5G. As the name suggests, this is more of an entry-level solution. According to rumors, the basic equipment will offer only 4GB of RAM and 64GB of internal storage, the 128GB capacity being available only as an optional equipment.

We also know from rumors that Motorola will deliver a quad-camera system, but only the main 48MP sensor (provided by Sony) is really interesting. Otherwise, the configuration is completed with an 8MP ultra-wide camera, 5MP Macro camera and 2MP sensor dedicated to approximating the depth effects in portrait photos.

Taking advantage of the foldable format, the FullHD + OLED screen will extend the display diagonal to a respectable 6.8 inches. But in folded mode, the new Moto G Stylus 5G could be quite compact, even if a little thicker than we are used to.

A second screen would house a 16MP front camera, with its lens appearing behind the perforated screen.

Regardless of the format chosen, the new smartphone will probably enter the Moto G Stylus family, using two color versions – red and gray.