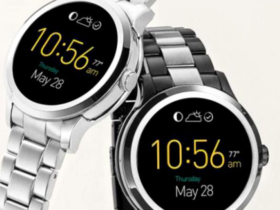 Fossil is preparing the first LTE smartwatch in the offer

Moto G100 is the international version of the Motorola Edge S series, based on the Snapdragon 870 chipset with 5G.

With an almost identical look to the Asian model, the G100 features a 90 Hz FullHD + screen, based on a curved-edge LCD panel. It stretches 6.7 inches and is perforated for two front cameras. The main one, wide has a resolution of 16 MP, and the secondary one, ultra-wide has an 8 MP sensor. The phone supports video capture up to 6K resolution.

Organized similarly to the camera on iPhones, in a square-shaped ornament, the main camera is based on a 64MP sensor and is assisted with 16MP ultra-wide modules and DoF (2MP sensor)

Among the interesting features, but not necessarily useful to a large number of users, is Motorola’s interpretation of Samsung DEX technology, allowing the phone to be used as a pocket PC, connected to the monitor and keyboard when working in the office. This functionality would be provided by a separate adapter, providing HDMI output and several USB connectors for connecting peripherals.