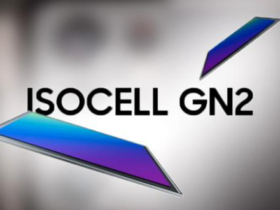 Samsung introduces ISOCELL GN2, a new version of the 50MP sensor for smartphones and tablets

Just a few weeks ago, after the announcement of the sale of the Honor brand to a Chinese consortium, the CEO of Huawei said that he wants this company to become an important competitor for the parent company. Now, protected from US restrictions that currently apply only to Huawei, Honor has already resumed the partnership with Qualcomm, and will launch new smartphones equipped with American technology.

Honor will work with Qualcomm and MediaTek to develop new smartphones

Until now, the models produced under the Honor brand were very similar in hardware and software to those from Huawei. The difference was small trade-offs in certain areas, such as photo performance or construction, while the price was always lower. This meant that all Honor models were dependent on chipsets from Huawei’s HiSilicon division.

As US restrictions make it impossible to develop and produce new Kirin processors from HiSilicon, Huawei has partnered with MediaTek, which covered both products sold under the main brand and those sold under the Honor name. Following the restrictions of September 2020, not even MediaTek can now sell processors to Huawei, the company being limited in using the stocks accumulated in recent years for the production of new devices.

It’s just that Honor, under the new leadership, is no longer subject to US restrictions. Thus, the company can continue to collaborate with MediaTek and now with Qualcomm, for the development of new models, without the influence of Huawei.

More importantly, it will be able to use Google services outside of China

The information comes from the Chinese press, which cites Honor employees on condition of anonymity, claiming that Honor now has an official relationship with Qualcomm. It seems that a license is not required to collaborate with Honor, so the sale and purchase of components is free at this time.

For example, Qualcomm recently received a collaboration license with Huawei, but only for processors that do not include 5G technologies. Honor, on the other hand, can even buy Qualcomm’s newest high-end processor, the Snapdragon 888, without any problems.

But the collaboration with Qualcomm is just the first good news for the Honor brand. The real important news would be that its phones are no longer subject to software restrictions, being able to deliver models equipped with Google services outside China. Honor models are currently running Magic UI, an alternative to Huawei’s EMUI, with pre-installed Huawei services.