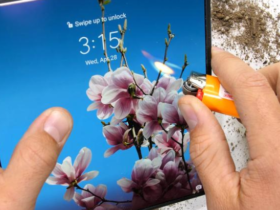 Huawei Mate X2 is the most durable foldable phone so far

OnePlus is now in a period of transition. The company used the year 2020 to consolidate its position on the premium device market with the OnePlus 8 Pro model, while also entering a segment it has neglected in the past: the mid-range. However, in order to be able to fight on an equal footing with the models offered by Apple, Samsung or Huawei, OnePlus has another problem to solve: the camera. For several years now, the company’s models are comparable or even superior to the competition in most respects, apart from the photo component, and in 2021 we may see its solution.

OnePlus 9 Pro could be delivered with Leica branding for cameras

Pete Lau, the CEO of OnePlus and also the head of the division that covers OnePlus and Oppo within BBK Electronics, said through his Weibo account that the company’s efforts will be directed in this direction. The research and development team will mainly invest resources in improving the performance of the cameras on OnePlus devices, from now on.

The truth is that in the design, construction and performance categories, the OnePlus models are among the best on the market. However, their cameras are comparable to what we are often used to find in the mid-range segment, with only small improvements in some respects, such as the presence of optical stabilization, or an extra sensor.

However, it is rumored that these research efforts are carried out in partnership with Leica, the famous German brand, which until now has allied exclusively with Huawei on the smartphone market. Now that Huawei is facing issues related to US restrictions, a OnePlus 9 Pro could be the smartphone promoted with Leica technology in 2021.

In fact, Leica could support both phone manufacturers. ZEISS, another German optical brand, offered its lenses exclusively on Sony devices. Recently, ZEISS returned to an older partnership it had in the past with Nokia, while Vivo also received access to optics made by the famous company. Thus, it would not have been unusual to see both OnePlus and Huawei models on the market with Leica branding.