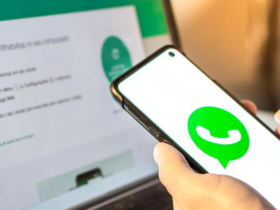 Oppo patents an innovation that allows you to hide any camera on a smartphone case. The aim could be to eliminate the traditional camera-bump and use for other purposes the space gained on the back of the phone.

The patent shows that the phone will completely hide its rear cameras, using a system of mirrors that reflect light in the direction of photo modules arranged along the length of the case. Unlike other pop-up cameras, the more compact mechanism contains only the optical system responsible for directing light at a 90 ° angle.

In this way, a single photo module can take the place of the main camera and the front one, the phone switching only between the mirror that reflects the back and front light, respectively.

And rival Xiaomi recently patented a similar innovation, but with a single mirror and rotating camera.

Unlike the Xiaomi implementation, the Oppo camera will not rotate or move, resulting in a slightly cheaper and probably more reliable smartphone. In addition, the patent suggests that the mirror can also be used to obtain pictures from the side. This could mean that the smartphone will be able to generate 360 ​​° photos without being rotated by the user. It may also be possible to get front-view photos, similar to the Director’s View feature on Galaxy S21 phones, except that the Oppo implementation is supported by hardware.

Although patented, the transposition of this innovation into a commercial product is far from guaranteed. Often, such patents only serve to discourage competition, as the authors have no real intention to use them.