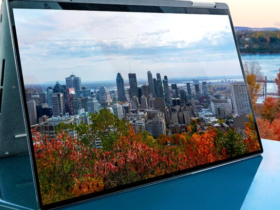 Dell XPS 13: the ideal laptop for productivity and relaxation

Prepared as the PELM00, the Oppo Reno5 Lite will first debut in Chinese stores, and later in European stores.

Powered by the MT6853V chipset (MediaTek Dimensity 800U), the new smartphone comes with a fast charging system at 30W and several advantages encountered until recently only in the top range.

Delivered with an Android 11 interpretation called ColorOS 11.1, Reno5 Lite tries to attract buyers from those with a limited budget, delivering competitive performance instead.

Although above the threshold of 4GB RAM is not a big obstacle to performance, Reno5 Lite still delivers 8GB of RAM, enough to accommodate a comfortable number of recent applications in the cache. Basically, this means that once you’ve used an app like Chrome or Facebook, the chances of it being forcibly shut down to free up memory resources decrease considerably. Thus, instead of waiting after restarting the respective application, you will be able to continue exactly where you left off.

Tested with the Geekbench 5 version, Reno5 Lite gets 585 points in the single-core test and 1706 points in the multi-core test, enough to use the usual applications and most Android games. However, those who want to further reduce waiting times when launching applications and have a flawless level of performance in Android games could consider more advanced solutions.

Other specifications such as display size, front and rear camera configurations, battery capacity and dimensions remain unknown at this time. For now, we only find out that the accessory package includes a charger compatible with the VOOC 4.0 standard of 30W.

Without a precise release date, Oppo Reno5 Lite could be released in the coming weeks, in time to compete with other Android devices with similar performance.