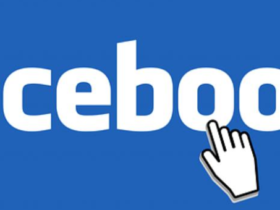 Xiaomi officially announced the Redmi Note 10 series of smartphones in March, leaving time for the preparation of an even more attractive Note 10s version, which will boost sales at a better price.

Last year, the Redmi Note 9 Pro series achieved the best sales of all Xiaomi phones, with deliveries of 15 million units propelling the Chinese giant into the top 10 best-selling phones, in direct competition with Apple and Samsung. The Redmi Note 10 offer includes three models with prices starting at 135 euros. Starting from this price level, the Redmi Note 10s alternative does not leave much room for preserving the set of specifications.

At the proposed budget, we can not talk about 5G connectivity, the phone coming powered by MediaTek Helio G95, a chipset optimized rather for gaming phones within the budget range, with octa-core CPU based on Cortex-A76 cores at 2.05GHz + Cortex-A55 for optimizing power consumption.

Also found in competing products such as Realme 7 and Realme 8, the solution provided by MediaTek is far from a failure on the competitiveness side, the level of performance offered being more than enough for day-to-day use with and.

The photo capabilities are given by a main camera with 64MP resolution, 8MP wide-angle camera, respectively 2MP macro and DoF cameras each. Applied behind the perforated screen, we find a 13MP selfie camera.

Apparently, the main attraction for Redmi Note 10s will be the 5000mAh battery, with support for fast charging at 33W power via USB-C cable.

Xiaomi will deliver the new smartphone together with the MIUI 12.5 interface, applied to the Android 11 core.