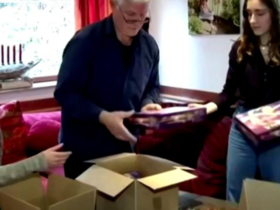 The board game Corona, invented by four sisters in a pandemic, is sold out

ASUS ‘ROG Phone series of smartphones has pushed the boundaries of mobile hardware in the last few years and has come every year with increasingly powerful models, sometimes covering the boundaries between computers and mobile phones. With the launch of ROG Phone 5, however, ASUS could even surpass many of the PCs on the market, exceeding the psychological threshold of 16 GB of RAM for the best equipped version of ROG Phone 5.

ROG Phone 5 could be better equipped than many PCs

In the next few weeks, ASUS will present ROG Phone 5. Even though it bears this name, it is only the fourth smartphone model in this series. Chinese tradition says that the number 4 brings bad luck, so many Asian companies prefer to avoid including this number in the name of their products. We’ve seen this with many smartphone models from Chinese companies, including OnePlus skipping over OnePlus 4, and now we see this from a Taiwanese company.

However, ROG Phone 5 will most likely be the first smartphone equipped with 18 GB of RAM. Furthermore, most high-end gaming PCs are equipped with only 16 GB of RAM, and laptops usually come configured with 8 or 16 GB, this amount of memory being enough for most ordinary activities.

However, GeekBench lists the ASUS -I005DB model, equipped with 18 GB of RAM and a processor that uses the “lahaina” platform, ie the one built for the Snapdragon 888 chipset from Qualcomm. However, multiple variants of ROG Phone 5 are expected, and this seems to be the one in the top configuration.

Traditionally, ASUS comes with a standard version, with a more modest configuration in terms of RAM and storage, which usually remains in China in the form of the “Tencent” version, along with a medium configuration, basic for the western market. Finally, the top version uses the most expensive components, and in this case we are talking about 18 GB of RAM, as well as an OLED screen on the back, which replaces the RGB LEDs.

In fact, ASUS has long begun to replace the LEDs on its PC components with displays. ASUS liquid cooling systems or sources now have screens where videos, logos, hardware information, or other personalized messages can be displayed. The ROG Phone 5 will probably offer similar features.