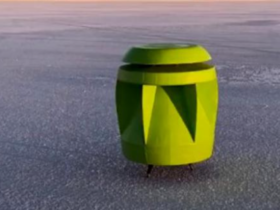 Powerpod is a portable and powerful wind turbine, the size of a beer keg

Denying the rumors circulating lately, a Samsung official states that the Galaxy Note brand “is not dead”, a new flagship model being prepared for 2021.

According to statements obtained by Yonhap News, a South Korean news site, Samsung is preparing to launch a new Galaxy Note model for 2021.

Interestingly, the official whose identity was not specified does not confirm the retention of the Galaxy Note brand after 2021. However, this does not mean that Samsung will not make a favorable decision if the demand is high enough.

According to the latest speculations, Galaxy Note 21 will be the last model in the series developed by Samsung since 2011, its role being to provide a less desirable alternative to the Galaxy Z Fold 3, the product intended to replace it.

Also offered with the S Pen accessory, the new Samsung flagship will be presented on the same stage with the alternative without a foldable screen, the South Korean manufacturer leaving fans to choose the version that attracts them the most. To make the choice easier, Samsung has probably prepared other arguments, such as more advanced technologies on the Galaxy Z Fold 3 and a price below the expectations left by the current model.

Another argument against the Galaxy Note 21 is the Galaxy S21 Ultra, cheaper to buy and compatible with the S Pen accessory (purchased separately). What is certain is that even now there are not too big differences between the Galaxy S and Galaxy Note series, except for the S Pen holder. Once this argument disappears, the Galaxy Note becomes redundant in the catalog of Samsung phones, increasingly crowded with foldable models.