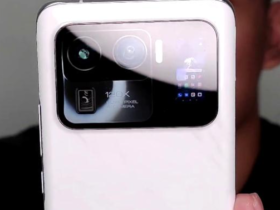 It hasn’t been so long since Apple announced the iPhone 12 series and the lack of plug adapters in their package. It didn’t take long for other companies to start capitalizing on this decision and bragging that their products still include such accessories. Samsung was one of the first companies to post such a message on official social media accounts, but it seems that this move was a bit hasty and without long-term vision. Now, Samsung has deleted that message.

The Samsung account in the Caribbean published on October 13, immediately after the Apple event, a message and a photo with a plug adapter in which it said that “Galaxy offers you exactly what you are looking for. From the most basic accessory, such as a charger, to the best camera, autonomy, performance, memory and even a 120 Hz screen on a Smartphone ”. The photo also bore the message “Included with your Galaxy”.

Now, around the launch of the Galaxy S21, which is expected in just a few weeks, the company is starting to erase the traces of this post, as its new models will be delivered, just like the iPhone 12, without adapters in the box. Thus, instead of that post, if you try to access the link on Facebook, you will be greeted with a message that says that content is no longer available.

It is not clear if Samsung will take out with the plug adapter and the AKG headphones that it offers since the Galaxy S8 series in the phone box. Apple has decided to eliminate the EarPods with the iPhone 12 series.

This isn’t even the first time Samsung has done something like this. After the launch of the iPhone 7, the first model of iPhone without a headphone jack, Samsung launched an entire promotional campaign in video format in which it suggested that its phones are superior because they do not need headphone adapters and can be connected to the charger and you can listen to music on headphones simultaneously without an additional adapter. A year later, on the Galaxy Note10 series, Samsung in turn eliminated the headphone jack.