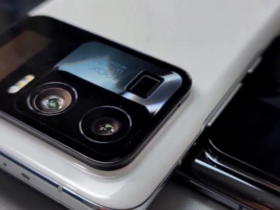 Xiaomi is preparing a phone with fast charging at 200W. It could be Mi 11 Ultra or Mi MIX 4

Although keeping the 50MP resolution unchanged, the new Samsung sensor improves other important aspects, such as the speed of the autofocus function and the HDR performance.

Another innovation is based on an algorithm called intelligent re-mosaic. The system uses RGB sub-pixels to capture and then recombine three 50MP frames into a final 100MP picture with improved sharpness.

At the same time, the new ISOCELL GN2 sensor also receives a new autofocus technology, called Dual Pixel Pro. It uses not only vertical focus, but also diagonal focusing for improved accuracy. For example, if the horizontal pattern does not feel horizontal patterns changed in the horizontal direction, the vertical mode will be able to provide an alternative source of information. Dual Pixel Pro technology should be especially useful for photos taken in low light conditions and scenes containing moving objects.

Phones equipped with the second generation of the Samsung 50MP sensor will be able to shoot in Full HD mode with up to 480fps, or 4K and 120 fps.

Samsung states that the ISOCELL GN2 sensor is already in production and will be present on smartphones launched in the second half of this year.