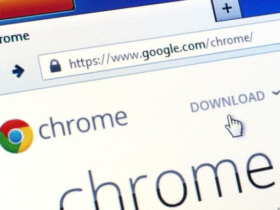 Samsung is a company that is always trying to attract attention with ads that show the advantages of its mobile devices, especially compared to those from Apple. The latest such campaign is called iTest and is a rather late response to an older Apple campaign.

In 2015, the American manufacturer launched Move to iOS, a campaign launched during the Android application of the same name, which facilitates the transfer of data and applications on its platform. Samsung is now “attacking” Apple with an iTest web application that simulates the One UI interface on Galaxy phones on the iPhone.

This campaign is mainly dedicated to users in New Zealand, the iTest domain is registered in this country, but can be accessed from anywhere by accessing the itest.nz link. Once accessed, you will be able to add a shortcut to the phone menu, similar to an application. When you access the “application”, you will be greeted with a home screen similar to that of a Samsung Galaxy smartphone, with Android navigation buttons and the ability to navigate the phone’s menus as if it were running Android.

Of course, this is just a simple simulation, the applications in the iTest interface are not exactly functional. But you can get a pretty good idea of ​​how the One UI interface for Android works on Galaxy phones and you can also find some little jokes hidden among the virtual menus. Of course, Samsung encourages users to test features not found on iOS, such as Interface Themes.

Because it works like a native iOS app, in fullscreen, you might think you can do anything in the interface, but as soon as you try to access notifications or navigate with gestures, you realize you’re still on an iPhone, and this is just a simple web application. It’s an interesting experiment that could convince some Apple fans to try at least one Android phone, seeing that in fact they are not so different in use.