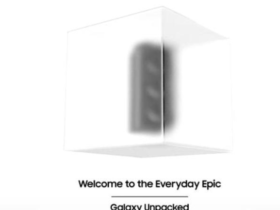 When the Galaxy S21 series launches. Samsung has set the date for the next Unpacked event

Met so far only with the rival iPhone 12 Pro Max, the sensor-shift technology for image stabilization could also appear on Samsung Galaxy phones.

Compared to traditional OIS implementations, which achieve image stabilization by moving the camera module with the lens, the sensor-shift technology acts directly on the image sensor. Common especially with DSLR cameras, image stabilization by the sensor-shift method is much more effective in reducing the blur effect and shaky image when using shooting mode. With a very low mass, the optical sensor can be moved faster and more accurately to compensate for vibrations, without the inertia of the physical mechanism affecting the final result too much.

Although potentially more powerful, sensor-shift technology is not necessarily more expensive than conventional OIS implementations based on lens movement. Overall, the resulting camera has fewer moving elements and can be more compact, the initial cost of the technology being amortized over time due to low complexity.

Beyond the more efficient optical stabilization, the real gain pursued by Samsung could be the space freed up around the camera, which will make it possible to introduce other technologies or optimizations to increase image quality, such as a larger optical sensor for the main camera. In fact, Apple used the sensor-shift technology for the 12MP ultra-wire camera of the iPhone 12 Pro Max model and not for the main camera, the desired result being the gain of space.

According to rumors, Samsung would use an implementation of sensor-shift technology provided by the Japanese specialists of the Olympus company, well known for their expertise in the field of cameras for enthusiasts.

It remains to be seen whether the more compact optical stabilization system and possibly more powerful, will debut on the main camera of the next Samsung Galaxy model, or one of the secondary cameras, following the example of Apple.