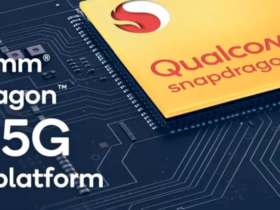 The next step in mobile display technologies is to hide cameras behind OLED panels. ZTE has already taken this step, using a solution developed by Visionox on the Axon 20 5G model, but the other companies do not seem to be in a hurry to adopt such screens. Samsung has been announcing its intentions for some time, and recently patented new methods for implementing a screen with a semi-transparent area, but the South Korean manufacturer’s first device equipped with such OLED panels could be a laptop, not a phone.

Samsung Display has released a concept clip featuring a laptop equipped with an OLED screen, whose webcam is integrated behind the screen. Thus, it may seem completely invisible, even if the area in the room is implemented, the screen resolution is slightly low. The reason is the lower pixel density, which allows light to enter the photo sensor below the screen.

Samsung calls this technology UPC (Under Panel Camera), and it would be integrated on the Samsung Blade Bezel, a laptop with a screen-to-body ratio of 93%, something never seen before on laptops. Basically, it will have a very thin frame around the screen and will no longer integrate a black stripe above or below the screen to accommodate the webcam.

In fact, integrating an under-screen camera on a laptop would make more sense for testing the technology. The photo samples on the ZTE Axon 20 5G show that we are dealing with low image quality using this solution. However, laptop webcams are quite weak compared to smartphone cameras anyway, so the integration of a better performing camera that offers degraded quality due to the presence of an OLED screen in front of it could provide results comparable to those of some cameras. of ordinary laptops.

Now that Samsung is already taking this step in 2021 with Blade laptops, which are scheduled to appear probably in the fall, we can expect a solution on smartphones in the near future. However, because on the smartphone the front camera is quite important, especially on expensive models that adopt new technologies, Samsung is probably waiting to solve the image quality problems before integrating this technology on a Galaxy S or Note model.