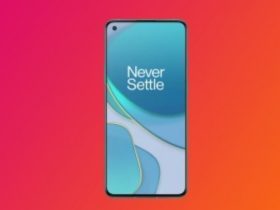 Choked by the messages of millions of newly registered users, Signal’s servers ran intermittently or not at all over the weekend, while platform administrators worked to accommodate the increased traffic volume almost overnight.

The “victim” of its own success, the encrypted messaging application operated on interruptions on Saturday, after an interruption that left users unable to send or receive messages for more than a day.

With 17.8 million new mobile app installations counted in just one week, the Signal network has increased its number of users 62 times, according to data provided by Sensor Tower. For comparison, the WhatsApp client was downloaded by 10.6 million users in the same period, a decline of 17%.

Thanks to the trust given, the Signal administrator said that “it added new servers and additional capacity at a record pace, working non-stop every day of this week, but the increase in the number of users exceeded even the most optimistic projections”.

Although he did not explicitly state what caused the disruption of services, it seems that technical difficulties arose due to the influx of new users, prompted by the announcement of the imposition of new terms of use of WhatsApp services, which relaxes security policies applied so far.

Together with another encrypted application, Telegram, Signal was the main beneficiary of the uninspired measures announced by Facebook, regarding the way WhatsApp will carry out its activity from now on.

The Signal Platform is managed by the Signal Foundation, a non-profit foundation based in Silicon Valley, launched in February 2018 with an initial funding of $ 50 million.