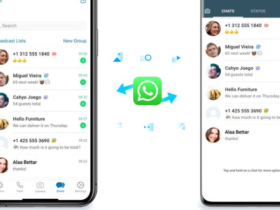 The iPhone 12 series of smartphones seems to be a real success for Apple, despite the criticism received in the last few months. Even without accessories in the package, but also with screens at only 60 Hz, compared to the competition in the market, Apple continues to record record sales. However, new research on the MagSafe system integrated with the new phones may be of concern to some users, as it has been discovered that the phone could turn off a pacemaker device.

A study by cardiologists on the iPhone 12 and the integrated MagSafe system suggests that new smartphones may turn off a pacemaker device (implantable defibrillator) if it is positioned close to the patient’s heart. Thus, a pacemaker user could risk his life if he wears an iPhone 12 in his shirt pocket near his heart, or in the inside pocket of a coat or jacket.

The tests were conducted at the Henry Ford Institute, and they revealed that when an iPhone 12 approached the heart of a patient with a Medtronic pacemaker, this device stopped every time:

“As soon as the iPhone was brought close to the ICD in the left side of the chest, the operation of the ICD was immediately suspended and persisted throughout the test. This test has been replicated several times with different phone or pocket positions. ”

However, Apple acknowledges that there are risks in using the iPhone 12:

“The iPhone contains magnets and other components such as radio antennas that emit electromagnetic fields. These magnets and electromagnetic fields can interfere with medical devices such as pacemakers and defibrillators. Although all iPhone 12 models contain more magnets than previous generations of the iPhone, we do not expect them to have a higher risk of magnetic interference to medical devices than previous iPhone models. ”

At the moment, more research is needed on this topic, but the iPhone 12 seems to be more dangerous for people with such implanted devices than other previous or competing models. Another category of products that seems to affect pacemakers is that of wearable devices, such as smart watches and fintess bracelets, but also nicotine vaporizers.