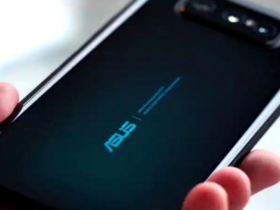 Even if we are still far from confirming that Apple has chosen a final design for the iPhone 13 Pro generation, more and more clues in the online menu suggest that we will have a smaller notch. Unfortunately, reducing the cut-out of the screen does not seem to solve the problem that this design artifice creates: the fact that part of the screen is blocked.

iPhone 13 Pro could integrate a screen with a smaller cutout

While other companies are adopting increasingly subtle solutions, such as screen perforations for cameras and screens to hide the camera behind them, Apple does not seem in a hurry to eliminate the notch. Mac Otakara, a good source of leaks from the past, presented on his YouTube channel an iPhone 13 Pro model made by 3D printing based on the official plans that Apple usually sends to accessory manufacturers.

It seems that the iPhone 13 Pro model will not be very different from last year’s 12 Pro in terms of design. It will benefit from the same general shape and the same dimensions, but a small difference appears in the case of the cutout on the screen. It is a little narrower, suggesting that Apple will use a new hardware solution for Face ID unlocking. In fact, there has been a lot of talk about reducing the size of this area, but only now does Apple seem to have decided to apply it.

It is possible that at the hardware level we have a new TrueDepth system, along with a new front camera, more efficient than the last one. Another theory could be to change the order in which the internal components of that area are assembled. The 3D printed model of the iPhone 13 Pro seems to move the call speaker to the top edge, while the rest of the components narrow to the middle.

The iPhone 13 range will bring other improvements

There probably won’t be a big difference between the iPhone 13 Pro Max and the iPhone 12 Pro Max. The narrower notch will not provide a much larger display area at the top. However, the differences could be due to the technologies used. It is rumored that Apple will adopt LTPO screens from Samsung, with variable refresh rates up to 120 Hz. Thus, the iPhone 13 Pro models could offer a smoother user experience in the menus.

To reduce the power consumption of the new screens, Apple is preparing to integrate larger batteries on the iPhone 13, while the Apple A15 processor built on the new revision of the 5nm architecture from TSMC, could significantly reduce power consumption.