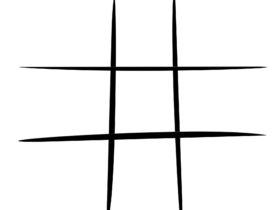 Although it is compatible with the S Pen accessory, Galaxy S21 Ultra does not have a dedicated compartment for its transport. On the one hand, this aspect suggests that the S Pen is rather an optional accessory, with Samsung letting users decide whether or not they need it. Hence the question, where and how the S Pen stylus will be kept.

According to information not yet confirmed by Samsung, users will have different versions of the official accessories Silicone Cover and the Clear View Cover for Galaxy S21 Ultra, with a dedicated slot for inserting the S Pen accessory. Also, to avoid controversy over forcing users to purchase another optional accessory, Samsung will include the protective case in the S Pen package.

The two Samsung accessories will also be available in normal versions, without the S Pen slot, the Galaxy S21 Ultra buyers being able for the version with a more compact design, if they are not S Pen fans. By choosing, Samsung will assess consumers’ appetite for this way of interacting with mobile applications, deciding whether the functionality is worth including on other Galaxy S versions. Also based on the interest shown by consumers could be decided the opportunity to launch a new Galaxy Note model .

According to recent information, the withdrawal of the Galaxy Note series next year is not really nailed, Samsung considering postponing this decision for 2022. Instead, the Galaxy Note 21 could be presented in June 2021 on the same stage as the Galaxy Z Fold 3, the foldable model receiving most of the attention. The goal is to monetize from the still very large fan base, while ensuring a gradual “retirement” without the risk of a sudden drop in sales.

Samsung recently confirmed, but unofficially, that the Galaxy S21 series will be unveiled on January 14, 2021.