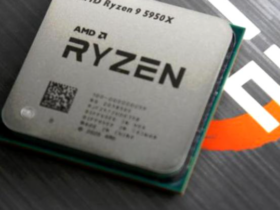 Vivo has officially announced the X60 series, its new range of top phones with the most powerful cameras. They continue in the direction of the summer X50 series, which was first equipped with a camera with active stabilization type “gimbal”. Even if they integrate advanced cameras and even optics developed by ZEISS, the Vivo X60 models are still mid-range phones, but equipped with new generation components.

Vivo presented in China the X60 and X60 Pro models. They have a lot in common with each other, but there are also some differences between the models.

First, both are equipped with the same Samsung Exynos 1080 processor, which replaces last year’s 980 model and promises similar performance to a Snapdragon 865, but at a lower price. Of course, we are talking about a chipset with 5G modem, which benefits from 8 or 12 GB of RAM and 128 or 256 GB of internal storage, depending on the chosen model.

Both phones also use 6.56 ”screens with Full HD + resolution, OLED panels and a 120 Hz refresh rate. The screens are perforated at the top to accommodate a single 32 megapixel camera.

The differences are not very big between the models
Other differences would be in the battery, the standard model using one with a capacity of 4,200 mAh, and the pro one of 4,300 mAh. Both charge at 33W, though. The screen on the Pro model is curved at the edges, and the glass on the back is matte, compared to the glossy one on the X60.

Vivo says there will also be an X60 Pro Plus, which could be launched sometime in February, which will most likely use a Snapdragon 888 chipset.