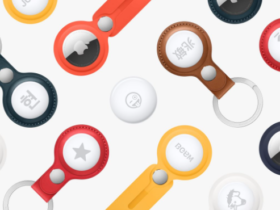 Xiaomi Mi 11 was officially unveiled on Monday and will be available in China starting January 1, 2021. The phone promises high-performance hardware, probably the best performing screen on the market and comes at less than half the price of a competing flagship , such as the Galaxy Note20 Ultra from Samsung, for example. However, even at a lower price and with a not very impressive camera, at least on paper, Xiaomi has managed to integrate a function we have never seen before: night mode on film. Here’s what the technology that enables this capability looks like.

However, the technology behind this feature is not developed by Xiaomi engineers, but is a technology licensed from another company. This case is about BlinkAI, which has developed an AI algorithm that acts in low light like the human eye.

Unlike night photography mode, which uses multiple frames taken in quick succession with different shutter speeds and then combines the information from each for a brighter final photo, night video mode must work in real time at 30 frames per second. or more.

Thus, BlinkAI technology adapts in real time to lighting conditions, in a manner similar to the human eye. It can be seen from the video demonstrations that the algorithm illuminates the images gradually, as it adapts to the lighting conditions. The result is clearer filming with more natural colors.

It can be seen, however, that in terms of quality, the resulting clip loses many details. Objects in the distance are “blurred” and nearby elements do not retain the correct texture. However, compared to shooting without night mode, they are much better and retain a low image noise level.

But now the question remains which way of filming is realistic? Most likely, without night mode you can see the colors as they are naturally, but the night mode illuminates the scene in order to provide a clearer image. Fortunately, users will have a choice whether or not to use this mode.