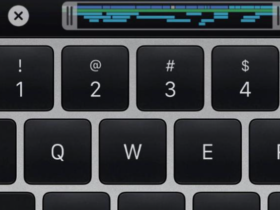 Samsung has announced when its customers in Europe will be able to update to the One UI 3.0 software version, based on the new Android 11. We have a list of devices that receive the update, as well as the months in which we will receive the new software. Interestingly, newer models, such as the Galaxy Note20, receive this update later than older versions of Samsung smartphones. Of course, the wait will not be very long except for those who have cheaper smartphones.

Those who own the Galaxy S20, S10, Note20, Note10 and recent foldable models will receive the update in January. The rest of the high-end models from the last two years through February, and the rest of the mid-range models, will be updated between March and September. As far as we can tell, the list was made according to the popularity of the devices, Galaxy A51 being the first in line for the update, while the Galaxy A10 model is at the bottom of the ranking.

When One UI 3.0 is launched with Android 11 on Samsung phones
December 2020

Galaxy A10
Galaxy Tab A8 (2019)
With no exact release dates, these updates can probably come at any time of the month. Most likely, each range of devices will receive the update simultaneously (S10, S20, Note10, etc.).