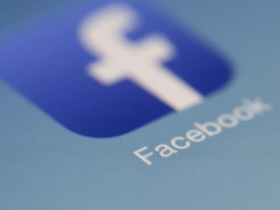 Samsung has so far launched four foldable phone models, with the company planning to launch four more smartphones next year.

Although it competes with Motorola and Huawei, Samsung remains the only manufacturer that has managed to establish itself in the niche of folding phones and, despite the obstacles encountered along the way, is the sales leader in this segment.

According to a report by DSCC (Display Supply Chain Consultants), Samsung will end 2020 with a share of 88% of the foldable smartphone market in terms of deliveries. Galaxy Z Flip and Galaxy Z Fold 2 were the best-selling Samsung folding phones. It is also helpful that the Galaxy Z Fold 2 brings major improvements to the design used with the first generation Galaxy Fold, reaching essential aspects related to the quality of construction, foldable screen stability and hardware specifications.

Samsung Display, the company’s company specializing in the production of screens, achieved in the quarter Q3-2020 96% of global sales of folding screens. Thus, the estimates are that Samsung will have an 87% share of the folding screen market, by the end of 2020. An important asset in favor of supporting these performances in 2021 is the inclusion in the offer of ultra-thin glass protected (UTG) solutions. , foldable screens found so far only on Galaxy phones will appear on devices from other manufacturers.

As a result, Samsung is likely to have more competition in the folding phones segment. But even so, the company has to gain from increased sales of foldable screens. Foldable screen deliveries could reach 95 million units by 2025, of which 59 million will be for smartphones.

Also as a reaction to the growing competition, Samsung could launch in 2021 foldable phones with more affordable prices.