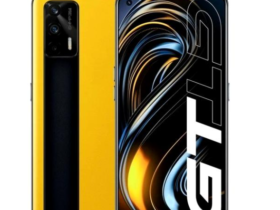 Realme has announced the GT 5G model, the cheapest smartphone with Snapdragon 888

Xiaomi is probably the company that has enjoyed the biggest benefits since Huawei started having problems with its phones due to US restrictions. Not only has it remained without much competition in the market segments in which it operates, but now it has the chance to grow even more globally. According to information published by Nikkei, Xiaomi plans to reach sales of smartphones worthy of the absolute records set by Huawei in previous years.

Xiaomi is preparing for record sales in 2021

Basically, Xiaomi wants to become the new Huawei, especially now, when it surpassed both Apple and Huawei in sales in the third quarter globally, being now immediately behind Samsung, on the second place in the ranking of smartphone manufacturers. Xiaomi plans to deliver 240 million smartphone units globally in 2021.

If this figure seems familiar to you, it is because at the end of 2019, when Huawei’s problems were just beginning, the Chinese company managed to deliver 240 million smartphones to customers. A year earlier, the company was delivering 200 million units of phones in a year for the first time.

According to rumors, 240 million would be just the minimum that Xiaomi wants to reach in the next 12 months. Some component suppliers have reportedly received orders for around 300 million units. However, business analysts say these plans would be unrealistic, as there would not be enough processors from Qualcomm and MediaTek to carry out this plan.

Somehow, Xiaomi seems to aim for the first place in the ranking of smartphone manufacturers. Last year, in 2019, Samsung delivered 298 million smartphones. Most likely, Apple will not be able to approach Xiaomi in 2021, remaining on a 3rd place, in front of Huawei, which will decrease even more in sales after the sale of the Honor division.