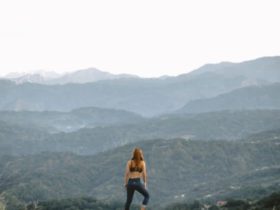 The other day, Nubia announced Red Magic 6 Pro, a 120W fast-charging smartphone that fully charges in less than 15 minutes. Already in recent years we have gone from fast charging at 10W to a charging power between 40 and 65W for the top models, and this year it seems that several models will exceed 100W. However, it seems that Xiaomi is preparing an even faster charge, of 200W, for a model that could debut in 2021.

Digital Chat Station, the famous Weibo account that provides information about smartphones not yet launched, says that Xiaomi is about to launch a smartphone with charging at twice the maximum speed currently reached. Given that a phone with a 4,500 mAh battery, such as the Red Magic 6 Pro, charges in just over 12 minutes at 120 W, the Xiaomi model, which is rumored to use a 5,000 mAh battery, could charge at 200W in less than 10 minutes.

Currently, there are only three smartphones that allow charging at over 100W, one being the Xiaomi Mi 10 Ultra, launched last fall. The other models are Red Magic 6 Pro, recently announced and the top model iQOO 7, which is currently on the first place in the ranking of the most powerful smartphones made by AnTuTu.

Given the company’s launch habits lately, the model mentioned by Digital Chat Station could even be a Xiaomi Mi 11 Ultra, a model we were expecting a little earlier. However, the message suggests that this phone could only come in the second half of the year.

Another possibility would be the next smartphone in the Mi MIX series, which Xiaomi promised last year. Company representatives said they will bring this series back to market when they have new technologies to demonstrate. The latest version, Mi MIX Alpha, with a screen on all sides was eventually abandoned at the functional concept stage, even though it was originally scheduled to be launched on the market at a prohibitive price.