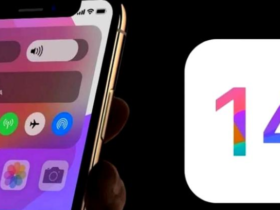 Coming as a replica of the Galaxy S21 series launched by Samsung at the beginning of the year, the Mi 11 series manages to offer most of the features expected from a top of the range, but keeping the competitive price advantage.

Like its predecessors, the Xiaomi Mi 11 packs all those high-end features into a compact and stylish package. But too few of its users will ever know what compromises and engineering “acrobatics” the manufacturer has resorted to, influencing various aspects related to the durability and longevity of the finished product.

It seems that the Xiaomi Mi 11 was a little easier to access, compared to most smartphones in a glass-metal-glass package. The back cover is relatively easy to remove, applying enough heat to loosen the adhesive. And the front screen eventually gave way, which was removed without forcing too much structural integrity. But that doesn’t mean the Xiaomi Mi 11 is an easy-to-repair phone, with many other obstacles appearing inside the case.

The multitude of components and subassemblies added to complete the list of specifications come bundled with countless connectors, screws and portions of adhesive, removing all components becoming a very laborious and risky process. Many of the cables and connectors used twist and hide under other components. There are also some seemingly modular components, which are, however, tightly glued to the electronic board. For example, the USB-C connector, one of the most worn components, is not very easy to replace.

However, the design of Xiaomi Mi 11 also has some advantages, such as the battery and the easy-to-extract screen for replacement.

Most components are modular, but some, such as the fingerprint reader, require the screen to be removed first, which involves additional risks.

In the end, Mi 11 gets 4 out of 10 points on the iFixit scale, being a bit easier to repair than the more expensive rival, Galaxy S21 Ultra.