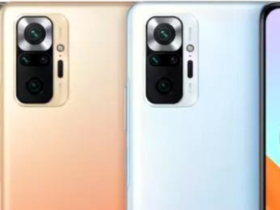 The night mode has brought a real change in the way manufacturers and users think about photography on the phone. After this function appeared, you no longer had to use the flash to make a portrait in low light, and photos could be captured in low light without pronounced image noise. And this is what we expect to happen after the launch of the night mode for video, which Xiaomi is already suggesting with a clip that it published on the social network Weibo in China.

Xiaomi’s Mi 11, the new flagship with Snapdragon 888, could bring to the market a new much desired function

The company is preparing to launch the world’s first phone with Snapdragon 888, an event that will take place on Monday, December 28. This will be its new flagship, the Xiaomi Mi 11 model, which could also be the first smartphone in the world to offer a night mode for filming, similar in functionality to that for photography.

The clip released by Xiaomi features a Christmas toy that barely stands out in the dark. Gradually, however, the image becomes brighter, without the help of a light bulb or other light source. It is suggested that the phone can illuminate using AI algorithms, as in the case of photos taken at night.

It remains to be seen how good the footage will look with the new night mode and whether this capability can be integrated on other smartphones. The Xiaomi Mi 11, like other models in the last few months, will use a 108-megapixel photo sensor for the main camera. It is possible that this is the one that allows this type of filming, having more information available than lower resolution cameras.

Xiaomi Mi 11 will be launched in China before the end of the year, but we expect at least a month or maybe even two before this model will be available in Europe.