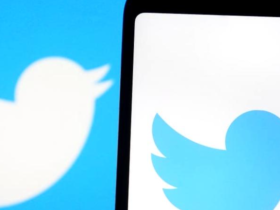 Apple introduced water resistance on iPhone models very late compared to the rest of the market. However, the company has proven over time that it takes this capability seriously, offering the iPhone 12 Pro series the most advanced protection on the market, with resistance to double depth. However, even the usual models are not very far away. Even though the phones are only guaranteed to last half an hour at a depth of two meters, an iPhone 11 has been recovered in working order from the bottom of a lake after five months.

An iPhone 11 phone was found at the bottom of a lake in Canada by a diving couple. Clayton and Heather Helkenberg are used to searching for lost property on the bottom of Lake Harrison in British Columbia, but these, especially electronics, are not in working order. In fact, some are very old. During this expedition, for example, they found a clamshell phone, which had probably been there for a long time.

However, it was surprising that the iPhone 11 model found on the bottom of the lake could be charged and was still functional. The phone had been lost by Fatemeh Ghodsi since September last year, when it fell out of his boat after he lost his balance. The Helkenbergs managed to contact Ghodsi and return the phone to her, after she had no hope of ever recovering it. In addition to recovering her phone, the owner is happy that she was able to recover photos she did not save before losing it.

Apart from the microphone, which no longer captures sound, and the speakers, which seem to have been affected by water, the phone is fully functional and will probably be able to be repaired and refurbished. Those who found the phone did not ask for any reward for the recovered phone.

The Helkenbergs have a YouTube channel on which they publish underwater expeditions in which they retrieve objects from the bottom of the lake. Last year they found over 100 pairs of sunglasses, 26 phones and two GoPro cameras.