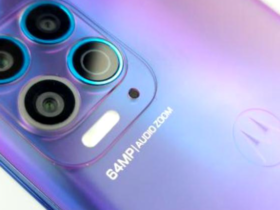 A new patent from Apple suggests that we may see MacBooks in the future that include displays in each key. This idea is not exactly new, being present in the online environment for many years concepts of computers with OLED screens instead of buttons. Even just a few years ago, Razer introduced such a computer at CES, and a company launched a keyboard that allowed the personalization of each key with an icon.

Apple’s solution is no different. Practically, each button is a small display, on which you can display anything you want. From the letters and functions of each button to symbols, photos or anything else. And this would also allow applications to change the function displayed on the key depending on what each one does in the software. For example, in productivity and creative applications such as Photoshop or Premiere in the Adobe suite, you could have function symbols directly on the keys, making it easier to find the ones you use less often.

Moreover, these displays could lead to a lack of differences between computers sold in different regions. For example, computers sold in some countries have AZERTY keyboards instead of QWERTY, while in other countries, computers have the usual keys and the alphabet of the country in which they are sold (Japanese, Chinese, Cyrillic, etc.). The ability to program each key allows the display of any language on any keyboard, thus reducing production costs and encouraging the free market, so you can buy computers from any country.

Of course, the low production costs when removing multiple models from the equation are negligible compared to the high costs associated with integrating an individual display into each button on the keyboard.

At the moment we are only talking about a concept, but Apple is not the first attempt to integrate screens in the keyboards of its laptops. MacBook Pro models from the last 4 years benefit from the Touch Bar, a wide and thin screen that replaces the F1-F12 keys with a dynamic surface, which can be adapted to each application. However, the success of this secondary screen is due to the fact that you can no longer buy a computer from the Pro range without one. If they had the freedom to choose, many users would probably prefer the traditional physical keys.