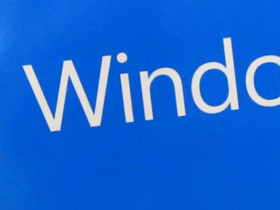 Apple launched AirTag as part of the “Spring Loaded” event, offering a solution for tracking and, if necessary, retrieving any important object.

AirTag is a small Tile device that can be attached to keys or other objects to find them easily when they are lost or lost.

Apple AirTag, dependent on the ecosystems of rival manufacturers?

The problem is that in order to work as promoted, the AirTag system needs a very good coverage of the radio signal emitted, the result cannot be guaranteed only with the help of the Apple device ecosystem.

Based on Bluetooth and UWB (ultra-wideband) technologies, either AirTag tags can only be detected if they are in close proximity to other smart devices, generally not more than a few meters away. Anticipating potential gaps in wireless coverage, resulting from the fact that not everyone uses the iPhone, Apple is trying to attract Android users to the “network”, ensuring that AirTag devices can also be detected with the Android-based phone.

For now, this is not an Apple vs Google partnership, the offer stopping at the suggestion of scanning objects labeled AirTag using Android phones.

Basically, the functionality is activated if the owner of a lost object ticks the Lost Mode option, activating its location tracking using one of the supported wireless technologies: NFC, Bluetooth or UWB. Next, the person who found the object tagged with AirTag should scan it to activate a notification message that points to the AirTag site. If the object has already been marked as lost, the little Samaritan who owns an Android phone will see a message with the owner’s identification data.