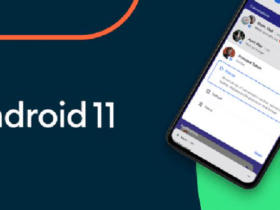 The iOS 14.5 update has been seen by companies whose businesses are mainly based on mobile ads as an attack, but the effects don’t seem to be as severe as many market players expected. There is even a positive component for some companies: budgets have been moved to the Android platform, which leads to a lower cost for the ads displayed. It seems that the adoption of iOS 14.5 was not very fast, on iOS.

iOS 14.5 has led to increased advertising spending on Android

According to a report published on noidfanoproblem, which uses data from advertising companies such as Liftoff, AdColony, Fyber, Singular and Vungle, there is an impact, but not so great. For example, only 12.9% of users were using iOS 14.5 at the time of this study. Of course, of those who use iOS 14.5, most choose not to allow applications to track their online activity.

However, companies have started redirecting their advertising money from the iOS platform to Android. In the period after the launch of iOS 14.5, the increase in investment in ads on iOS was 2-3% on the targeted platforms. In comparison, the networks that provide ads for the Android platform have seen increases between 8.29% and 21%. In fact, iOS ad prices have dropped, which could be an advantage for some companies.

The effects will probably be more obvious in the long run, but in the short run, the lack of online tracking through social platforms on iOS will not have visible effects in advertising, say Post-IDFA Alliance specialists.

Also, the App Tracking Transparency feature does not prevent the display of ads, but only allows users to be less well profiled to display ads based on their activity in the online space. This could result in less relevant ads for users on the iOS platform. Of course, if the same users use those services in the browser, on a computer, activity monitoring cannot be blocked there.