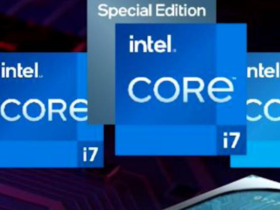 The Lightsaber or “laser sword” in Star Wars movies has always been the symbol of this franchise. Over time, all sorts of official or even unofficial toys and replicas have appeared, made of plastic or other materials that look like swords in film and light up around or even make sounds, and some are retractable, but none so far. correctly captured the starting effect of a lightsaber. However, Disney announces that it now has a “real” replica, which allows the extension and retraction of a lightsaber just like in the movies.

The announcement was made on the occasion of “Star Wars Day”, May 4 (May the fourth), and the new real “lightsaber” was demonstrated in a short promotional video of only a few seconds. We can see the “toy” in operation, a Jedi returning to the room while the sword starts. It expands upwards and shines realistically in blue, just like in Star Wars movies, cartoons or games.

We don’t have complete details about the new toy sword yet, but it’s pretty clear it won’t be a cheap product once it hits stores. For starters, they will be used in the Star Wars: Galactic Starcruiser experience, which is a two-day entertainment experience. Basically, Disney creates a kind of amusement park in the form of a hotel, in the style of Westworld, where you can “live” for two days as in the Star Wars universe. The experience will debut in the US in 2022, and these swords will be part of the show.