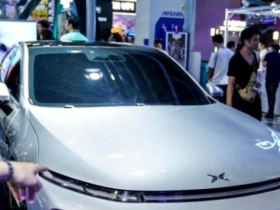 A new fiber optic bus could connect the North American region with Southeast Asia, with Facebook and Google giants agreeing to contribute to a mega-project that could significantly increase the speed of the global Internet network.

Far from being a voluntary action, the financing of a new fiber optic bus aims to further open up Asian markets to services provided by companies located in the US, such as Facebook and Google, especially those based on video content.

“Named Echo and Bifrost, they will be the first two cables to travel a new route across the Java Sea, increasing total trans-Pacific submarine capacity by about 70 percent,” Network Investments Facebook Vice President Kevin Salvadori told Reuters. He declined to disclose the exact value of the financial contribution, saying only that it was “a very material investment for us in Southeast Asia”.

In any case, these will be the first fiber-optic cables to connect North America directly to some important regions of Indonesia, improving connectivity for the central and eastern provinces of the fourth largest country in the world.

While 73% of Indonesia’s 270 million population is online, most access the Internet via mobile data connections, less than 10% using a broadband connection, according to a 2020 survey by the Indonesian Association of Internet Service Providers. Internet. At the same time, large areas of the country still remain without internet access.