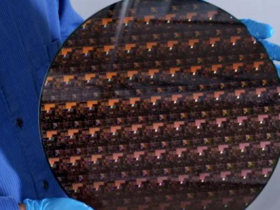 Facebook’s plan is to create a new brain-computer interface time, which does not involve wearing a special device.

In the prototype stage, the device looks more like an iPod cut into pieces and attached like a bracelet to your hand. Even without an official name, the gadget uses sensors to detect the movements you intend to make, even if your hand does not move visibly.

The gadget uses electromyography (EMG) to interpret electrical activity from the motor nerves while sending information from the brain to the hand. The company says that the device allows you to navigate the interface of augmented reality applications just thinking of moving even a finger to scroll.

Combined with existing virtual reality devices, technology takes the concept of imposing one’s will on the world you come in contact with, whether it’s real or a virtual environment.

Although, for many it was a simple game, the most successful augmented reality experiment was Pokémon Go, very popular in 2016. Although not based on revolutionary technologies, the game convinced users to travel appreciable distances in the real world, looking for characters imagine Pokémon. Meanwhile, game developers have returned to more conventional and easy-to-monetize approaches in the context of the current pandemic. The system designed by Facebook does not come out of this pattern, the new type of interface working just as well from the comfort of your own home.

Tested in Facebook Reality Labs, the new product is still far from having a commercial presentation. There is no question of a possible release date.

It all started with a purchase made in September 2019, when Facebook bought a startup called CTRL, for an amount between 500 and 1 billion dollars. CTRL was working on its own EMG device, with Chief Thomas Reardon now serving as director of the newly created Neuromotor Interfaces business at Facebook Reality Labs.

Important to know, the device only reads and interprets brain impulses. The system does not work in the opposite direction, to control or influence people’s thinking.