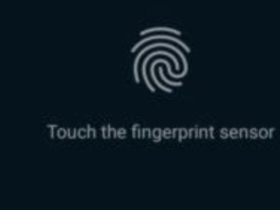 “We will start displaying today the new dialog for choosing privacy options for iOS 14.5 users. The message will appear gradually over the next few weeks, so not all eligible users will be confronted with it immediately, “a Facebook spokesman said. The representative of the social platform confirmed that some Facebook users have already received this message, but did not reveal the exact number.

“We are gradually expanding this launch globally to make sure everything is working properly,” the spokesman said. Facebook has 2.8 billion monthly active users worldwide.

Facebook has publicly challenged Apple’s initiative to impose additional limits on apps that collect data about iPhone users, accusing the smartphone maker of making a move that will hurt small businesses that rely on the company’s targeted ads to reach us. customers. Uncompromisingly, Apple says the new iOS feature is meant to give users more control over their data.

Far from admitting defeat, Facebook intends to show users the new message before the one prepared by Apple, promoting the idea that the social network uses data collected from other applications and websites to display personalized ads, in order to keep the service free and for to support companies that use Facebook services for promotion.