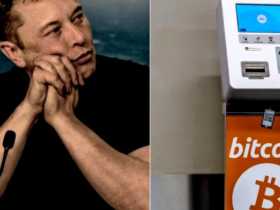 Tesla has invested $ 1.5 billion in Bitcoin

Big problem for Facebook, after Apple decided to put an end to aggressive practices of monitoring iPhone users, aiming at more efficient placement of ads.

Taking advantage of its dominant position, Facebook uses numerous tactics to document the preferences and habits of users, whether they visit the social network or a website. All kinds of information are collected, the individual profile of users being made up of demographic criteria and physical location, but also interests or activities carried out throughout the day. Also in a dominant position, but in the smartphone segment, Apple is an unwitting accomplice in the mass monitoring practices used by Facebook.

With a different vision, or maybe just to wash their own image, Apple has decided to actively combat the practices used by Facebook, introducing explicit settings on iPhone devices to stop the abusive collection of information.

In addition to preparing a lawsuit for accusing Apple of anti-competitive behavior, Facebook is also launching an advertising campaign that focuses on “supporting small businesses in difficult times.” A video ad with the slogan “Good ideas are worth finding” was launched on Thursday.

Although he turned off comments, Facebook added the following description to the video above: “The world is full of good ideas. Now, thanks to personalized ads, small businesses can find their own. Good ideas are worth finding. ”

Prior to iOS 14.5, any app (not just Facebook or Instagram) could collect data from its users, as long as users accepted the terms and conditions of that app or service. But Apple has decided that this is no longer enough, imposing its own standards to protect the privacy of iPhone users. Thus, the iOS developer forced all applications to ask the user if it would allow the application to collect this “precious” data.

At the same time, a post on the Facebook blog links to another post from June 2020, explaining how personalized ads work, but it is a bit generalized and does not delve into exactly what information is collected by the application.