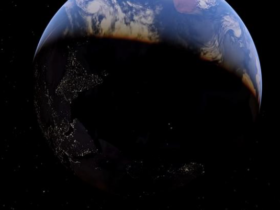 Already, it is no longer a mystery to anyone that Google really wants to overtake rival TikTok, imposing its own YouTube Shorts platform.

In an effort to deliver a credible alternative to the rival TikTok platform in record time, Google has skipped a few essential steps, using YouTube content to generate YouTube Shorts, without first seeking the consent of the authors. Predictably, the situation created already degenerated into a small revolt, the creators of YouTube being rightly dissatisfied with the fact that they have to uncheck for each clip the “option” to self-generate a version on YouTube Shorts.

The problem is that there is no channel-level option to give up self-generating YouTube Shorts videos, so creators who don’t want to “benefit” from this feature have to uncheck this setting for each clip. Complicating matters further, not all videos are eligible to be excluded from YouTube Shorts, as the motivation is not clear to their authors.

Noticing the “explosive” potential for a future lawsuit against the company, Google returned to better thoughts, deciding to allocate a budget of $ 100 million to reward the very popular YouTube Shorts.

“The Shorts Reward Fund is just the first step in our journey to build a long-term revenue-generating model from this type of content,” the company said in a blog post.

The fund, which will be launched in the coming months, is trying to provide content authors with a concrete argument to help popularize the TikTok and Instagram Reels alternative developed by Google.

According to the revenue report for the first quarter of 2021, the Google-Alphabet conglomerate earned $ 6.01 billion in advertising revenue from YouTube in that quarter. Earnings rose nearly 50 percent from $ 4 billion the year before.

According to Alphabet CEO Sundar Pichai, the Shorts platform generates 6.5 billion daily views globally. The company declined to provide more recent statistics for global and US user bases. YouTube released Shorts for all US users earlier this month, after launching in beta earlier this year.

The company said it will distribute $ 100 million in pay from the coming months to 2022. Anyone is eligible for the rewards, with the exact amount set based on views generated by the very popular YouTube Shorts.