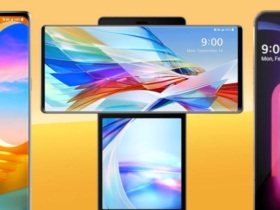 The announcement of LG’s exit from the mobile market is imminent. Already launched phones may run out of software updates

Huawei laptops in the MateBook range have proven to be high-performance alternatives to similar devices sold by other companies. Of course, they are based on traditional PC hardware, the company being limited in the choice of Intel and AMD processors offer components. Like Apple, however, Huawei is thinking of a transition on the ARM architecture even on this range of products, and the company’s first laptop with Kirin processor seems to be very close, according to new information.

A photo showing a box of a laptop and the label on it, which reveals the hardware configuration, appeared on the Internet in China. The fact that we are talking about a 14 ”laptop with 8 GB RAM and 512 GB SSD is nothing out of the ordinary. Most “office” laptops have such configurations. And the fact that it weighs 2.25 kg does not recommend it as an ultra-portable computer.

However, one detail is very interesting: the fact that it uses a Kirin 990 chipset. It is the processor that the company used on the Mate 30 and P40 series of smartphones, which is still one of the best on the market, being also equipped with an integrated 5G modem.

The laptop, called the Qingyun L410, seems to be a cheaper version of the MateBook 14 office laptop, a traditional office computer. It runs Deepin OS 20, a Linux distribution developed by Huawei. However, being based on Linux, a possible transition to Harmony OS in the desktop version would not be very difficult.

And the fact that it already has a processor equipped with a 5G modem could also provide 5G connectivity, without being dependent on a Wi-Fi router or a hotspot on your phone to connect to the internet.

It remains to be seen when this laptop will be officially announced and how much it will cost once it reaches stores in China. Most likely, however, it will not reach the international market very soon. As Huawei cannot produce Kirin chipsets in TSMC factories, the company has limited stock of components. It is possible to see a limited edition launch for the beginning, and Huawei will try to solve its problems with the US authorities in the next period, or to open its own processor factory sooner, which does not use American technologies.